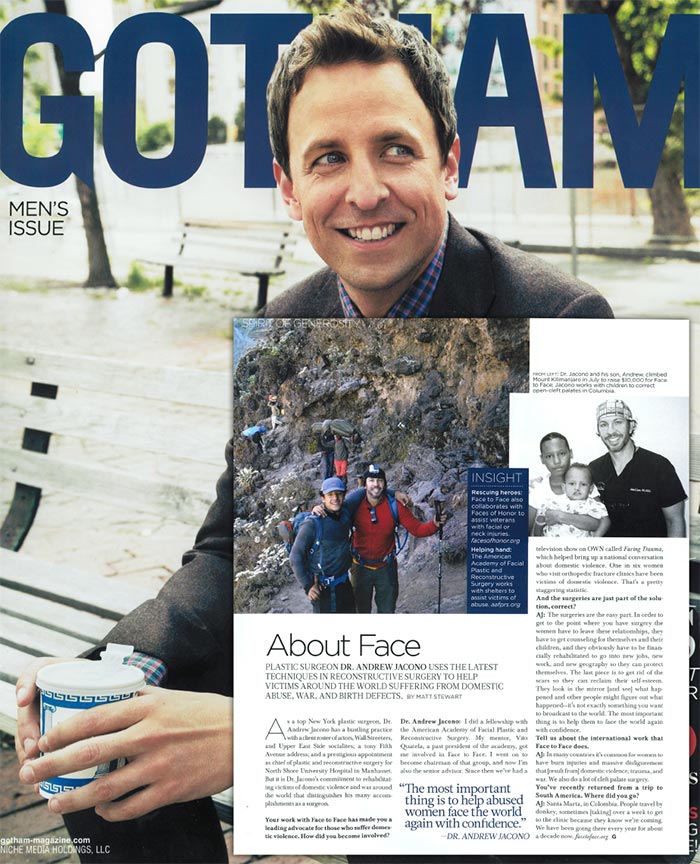 Dr. Andrew Jacono was featured in Gotham Magazine in an article discussing how he is using the latest techniques in reconstructive surgery to help victims around the world suffering from domestic abuse, war, and birth defects.

As a top New York plastic surgeon, Dr. Andrew Jacono has a bustling practice with a client roster of actors, Wall Streeters, and Upper East Side socialites; a tony Fifth Avenue address; and a prestigious appointment as chief of plastic and reconstructive surgery for North Shore University Hospital in Manhasset. But it is Dr. Jacono’s commitment to rehabilitating victims of domestic violence and war around the world the distinguishes his many accomplishments as a surgeon.

“The most important thing is to help abused women face the world again with confidence,” says Dr. Andrew Jacono

Doctor Jacono performs Charitable Surgery for Children with Cleft Lip and Palate on Missions to Third World Countries and also on Women who are Victims of Domestic Violence. … END_OF_DOCUMENT_TOKEN_TO_BE_REPLACED