Info About the Risks of Facial Nerve Damage from Facelift Surgery. 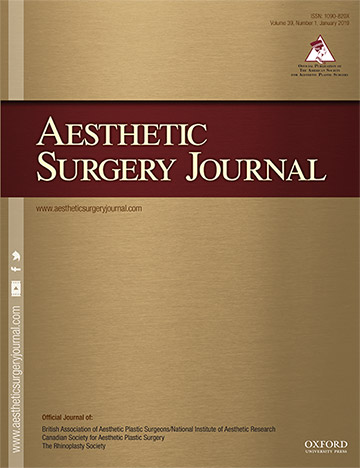 The study, entitled “A Meta-Analysis of Complication Rates Among Different SMAS Facelift Techniques,” required Dr. Jacono and his team to systematically review 4,273 studies published in plastic surgery literature and included the results and complications of 41,141 facelift patients in those studies.

The most feared complication of a facelift is a facial nerve injury that affects the ability to animate and express the face, for example, the ability to smile. Using a statistical model called a meta-analysis with logistic regression, the study calculated that the Deep Plane technique, which lifts under the facial muscle called the SMAS, has the exact same temporary facial nerve injury rate of .69% as a superficial-based facelift that simply stitches the surface of the SMAS muscle, called a SMAS Plication.

In all cases, the nerve injuries resolved spontaneously without treatment as healing progressed, and no patient had permanent facial nerve damage after a facelift. . The SMAS facelift techniques that had the highest rate of temporary facial nerve injury were the High Lateral SMAS facelift and the Composite facelift, at 1.85 %, but these injuries resolved spontaneously as well.

“Unlike other facelift techniques, the Deep Plane facelift lifts the skin, facial fat, and muscle together as one unit and repositions all the deep facial musculature creating a more natural and longer-lasting outcome,” says Dr. Jacono, who has performed facelifts with many different techniques, but prefers the Deep Plane approach.

“Deep Plane surgery is performed only by a small percentage of plastic surgeons but regarded by many leaders to be the most advanced approach to face-lifting,” continues Dr. Jacono. “The older SMAS Plication technique of the past 40 years has more limited ability to create long-lasting outcomes.”

“Today’s facelift patient is often confused by conflicting information given to them regarding techniques and facial nerve injury rates,” says Dr. Jacono. “I’m happy to finally be able to set the record straight and reveal that all facelift approaches have a comparable and safe complication profile,” continues Dr. Jacono. “Technique should be selected based on the quality of results and not the complication profile.”

Other Nerve Damage After Facelift Surgery

While there will be risks with any medical procedure, the more minor the procedure and the more experienced the surgeon, the fewer risks there will be. Brow lifts and eyelid surgery carry risks, of course, but are less than a traditional facelift.

The American Society of Plastic Surgeons says that any surgical procedure to the face and neck has the potential for side effects, and this includes everything from mini lifts to full facelifts. But in the hands of a good doctor, most common complications, as well as uncommon complications, will be lessened.

A world-leading expert on minimally invasive face-lifting, Dual Board-Certified Facial Plastic and Reconstructive Surgeon, Dr. Andrew Jacono has presented clinical research and conducted live surgery in front of peer audiences at over 100 plastic surgery meetings and symposiums around the world and has delivered lectures at the most prestigious universities in America, including Harvard, Yale, Stanford, and the University of Pennsylvania.

He was selected by Harper’s Bazaar as one of the twenty-four top plastic surgeons in America, and as one of the best facial plastic surgeons in New York City by New York Magazine. He has appeared on Good Morning America, Anderson, CNBC, and CNN and in USA Today, Town & Country, Departures, Huffington Post, O, The Oprah Magazine, Marie Claire, GQ, and Esquire, among others.

Doctor Jacono performs Charitable Surgery for Children with Cleft Lip and Palate on Missions to Third World Countries and also on Women who are Victims of Domestic Violence. … END_OF_DOCUMENT_TOKEN_TO_BE_REPLACED