What Is a Facial Plastic Surgeon? 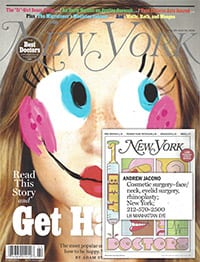 Facial plastic surgery offers cosmetic or reconstructive medical care to the face, head, and neck. It is a specialty within the field of otolaryngology, also known as ear, nose, and throat medicine. Facial plastic surgery usually reshapes specific parts of the head and neck, including the nose, ears, chin, cheekbones, and neck or jawline.

There are many possible reasons that a person would seek facial plastic surgery. Some want to reverse signs of aging, like jowls, wrinkles, and skin and muscle laxity. Others desire treatment to re-proportion their facial features. Still, others wish to reconstruct their appearance in the wake of disease or trauma or to fix congenital birth defects such as cleft lips, cleft palates, and hemangiomas.

Who Is Dr. Jacono? 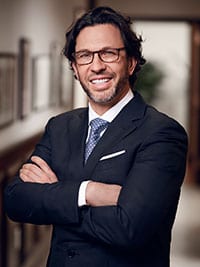 Andrew Jacono, M.D., F.A.C.S., is a double board-certified facial plastic and reconstructive surgeon with thriving practices on Long Island’s Gold Coast and in New York City. As one of the world’s premier plastic surgeons, Dr. Jacono is known for his original, advanced approaches to non-surgical and minimally invasive facial rejuvenation procedures. International colleagues and media outlets often call upon him to provide his expert opinion.

Dr. Jacono has delivered lectures on his innovative techniques at the most prestigious universities in America, including Harvard University, Yale University, Stanford University, Columbia University, and the University of Pennsylvania. He has also presented clinical research and conducted live surgery at over 100 plastic surgery meetings and symposiums around the world. He has visited such countries as France, Italy, Japan, Spain, Brazil, Colombia, Portugal, and Russia. These conferences have been hosted by many organizations, including: 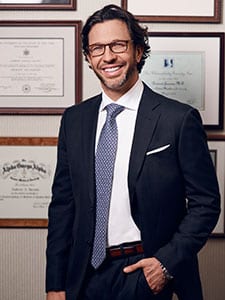 Dr. Jacono has published extensively in the medical literature on cosmetic and reconstructive surgeries. These procedures include the mini-facelift, eyelid lift, rhinoplasty, lip augmentation, endoscopic browlift, and face and neck lift. More than 50 of his articles have appeared in peer-reviewed journals such as the Aesthetic Surgery Journal, JAMA Facial Plastic Surgery, and Aesthetic Plastic Surgery. (Click here to see a list of Dr. Jacono’s publications).

Dr. Jacono’s highly acclaimed second book, titled THE FACE OF THE FUTURE: Look Natural, Not Plastic, was released in 2012. His third consumer book, The Park Avenue Face: Secrets and Tips from a Top Facial Plastic Surgeon for Flawless, Undetectable Procedures and Treatments, was released in 2019.

A proud father of four children, Dr. Jacono enjoys traveling around the world with his family. He is an artist and enjoys figure drawing and painting. He believes that these artistic pursuits improve his plastic surgical ability. He is also an avid mountaineer and hopes to climb the Seven Summits, the tallest peak on each continent, with his oldest son. So far, they have summited three in Africa, Europe, and Australia. Click here to see images from these ascents.

Dr. Andrew Jacono is a  Double Board Certified, Facial Plastic Surgeon and Reconstructive Surgeon with a thriving practice on Long Island’s Gold Coast and in New York City. 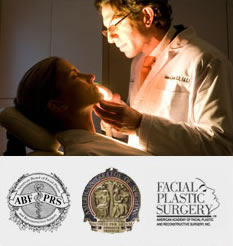 Philanthropy is a cornerstone of Dr. Jacono’s practice. He is committed to helping children around the world who lack access to medical and financial resources, offering pro-bono surgeries like cleft lip and palate reconstruction.

Dr. Jacono has served as Surgeon Team Leader on surgical missions to Southeast Asia, Central America, and South America. He has performed surgery on more than 500 children with organizations such as Healing the Children, the HUGS Foundation, and T.H.A.I Children. Dr. Jacono is also a volunteer surgeon for “BEYOND OUR BORDERS,” an organization that brings underprivileged children to the United States for reconstructive surgery.

Dr. Jacono worked as National Chairman of the “FACE TO FACE” Committee for the American Academy of Facial Plastic and Reconstructive Surgery. “FACE TO FACE” is a national project that offers pro-bono consultation and surgery to victims of domestic violence. Dr. Jacono’s commitment to the cause also goes beyond the operating room. For nine years, he has chaired ABOUT FACE: MAKING CHANGES, an annual benefit for survivors of domestic violence. To date, he has provided pro-bono reconstructive surgery to over 100 female victims.

Dr. Jacono’s work with domestic violence victims was chronicled in the television series Facing Trauma on OWN (Oprah Winfrey Network) and Discovery Fit & Health. Facing Trauma follows Dr. Jacono and his team as they work to heal victims’ internal and external scars.

Dr. Jacono’s philanthropic efforts have been recognized by U.S. Congresswoman Carolyn McCarthy, and by the Center for the Women of New York, which honored him with a “Good Guy” Award for his contributions to women’s welfare.

Doctor Jacono performs Charitable Surgery for Children with Cleft Lip and Palate on Missions to Third World Countries and also on Women who are Victims of Domestic Violence. … END_OF_DOCUMENT_TOKEN_TO_BE_REPLACED