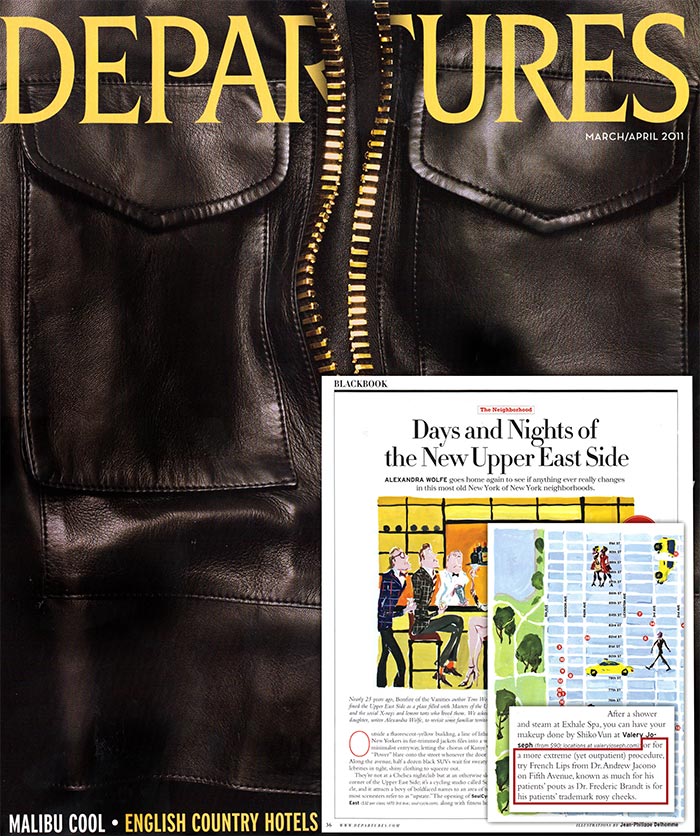 Days and Nights of the New Upper East Side

Dr. Jacono was featured in the March/April article in Departures Magazine. The article, by Alexandra Wolfe, covers things to do in the Upper East Side of New York City including a non-surgical lip augmentation procedure by Dr. Andrew Jacono called French Lips.

Doctor Jacono performs Charitable Surgery for Children with Cleft Lip and Palate on Missions to Third World Countries and also on Women who are Victims of Domestic Violence. … END_OF_DOCUMENT_TOKEN_TO_BE_REPLACED