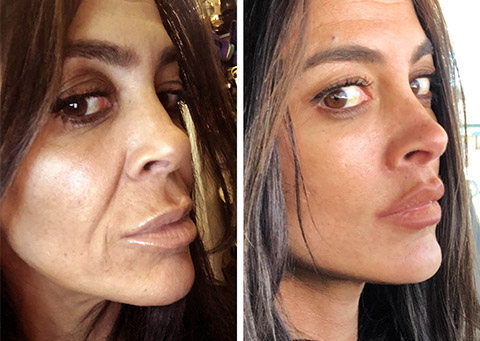 It is no secret that most people are afraid of facelifts. Although they dread droopy jowls, cheeks, and loose neck skin, they’re aware of the tight, stretched faces of traditional SMAS surgery. Dr. Jacono created the M.A.D.E. Lift to address these concerns. He published the technique in the leading peer-reviewed plastic surgery outlet, the Aesthetic Surgery Journal.

Dr. Jacono’s technique lifts the face’s skin, muscles, and fat pads as a unit. He then releases facial ligaments instead of peeling the skin away from its deeper structures. He also uses an abbreviated incision behind the ear, which allows his patients to wear their hair back in a ponytail.

Town and Country Magazine suggests that Dr. Jacono is one of the best facelift surgeons in the world. They further assert that he is one of the first surgeons anyone should consider if they are considering a facelift.

The most important part of this technique is the vertical lifting of the face. Most traditional techniques involve pulling back toward the ears, which stretches the corners of the mouth. A more vertical vector recreates the heart-shaped face of youth. Dr. Jacono has conducted research into the vector of the facelift in two issues of the Aesthetic Surgery Journal.

Dr. Jacono performed a meta-analysis looking at 40,000 patient outcomes after a facelift. He found that his technique had the lowest rate of facial nerve injury of all, including SMAS plication, SMASectomy, and extended SMAS. This study was also published in the Aesthetic Surgery Journal in 2019. Furthermore, he published an inquiry showing that using hyperbaric oxygen therapy after a deep-plane facelift expedites recovery by 50%.

Dr. Jacono additionally addresses fillers. When over-injected, they can actually stretch the face, causing it to droop. For this reason, many patients opt for his M.A.D.E. facelift in their forties. Even men have facelifts more frequently now that results are so natural. They comprise 20% of his practice.

Does Anyone Still Get a Face-Lift?

New techniques mean better results and far less recovery time than you might expect. Is it time to rethink the knife? 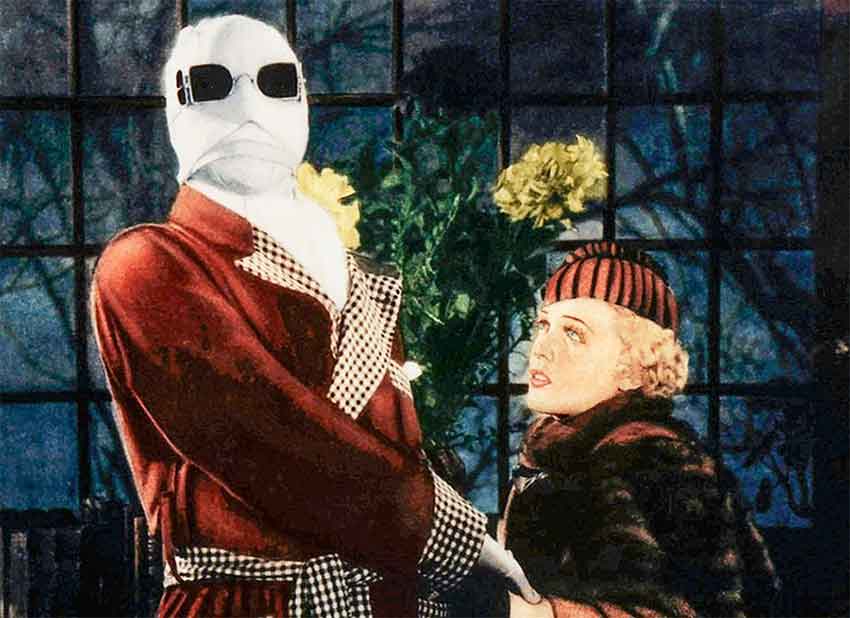 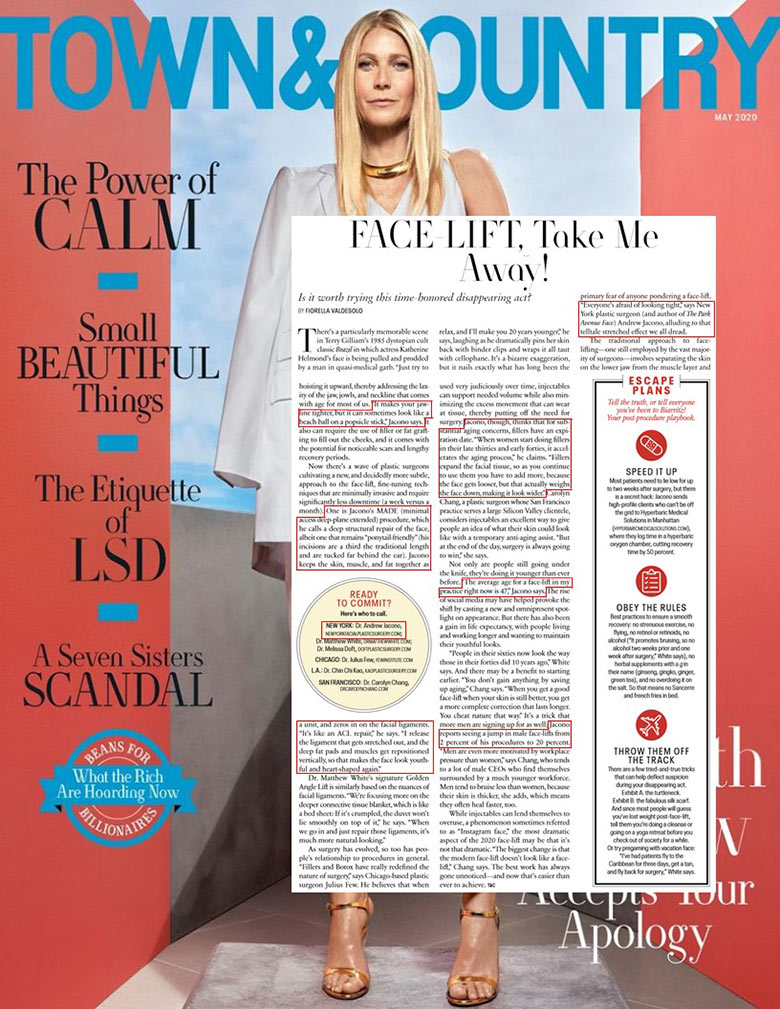 Rewritten from the Original Article by Fiorella Valdesolo

There is a memorable scene in Terry Gilliam’s 1985 dystopian cult classic, Brazil. Actress Katherine Helmond’s face is being pulled by a man in quasi-medical garb. “Just try to relax and I’ll make you 20 years younger,” he says, laughing as he pins her skin back with binder clips. He then wraps her head in cellophane.

This is a strange exaggeration, but it nails what has long been the fear of anyone considering a facelift. “Everyone is afraid to look tight,” says Dr. Jacono. “It’s not unsurprising. Looking unnatural is a terrifying prospect.”

The traditional approach to facelifting involves separating the skin on the lower jaw from the muscle layer. Then, this framework is hoisted upward, addressing the laxity of the jaw, jowls, and neckline.

“This makes the jawline tighter,” says Dr. Jacono. “However, it can sometimes look like a beach ball on a popsicle stick.”

More traditional facelift approaches may require the use of fillers or fat grafting to fill the cheeks. They also come with the potential for noticeable scars and lengthy recovery periods.

Now, though, there is a wave of plastic surgeons cultivating new, more subtle facelift approaches. These techniques fine-tune methods that are minimally invasive and require significantly less downtime. Dr. Jacono’s M.A.D.E. Lift is a perfect example of this trend. It includes a deep structural repair of the face while keeping fat, skin, and muscle together as a unit. “It’s like an ACL repair,” says Dr. Jacono. “I release the ligament that gets stretched out. The deep fat pads and muscles also get vertically repositioned. This makes the face look much younger and more heart-shaped.”

As surgery has evolved, so, too, has people’s relationship to cosmetic procedures in general. Injectables like Botox have redefined modern youthfulness. Some surgeons believe that, when used consistently, fillers can support needed volume. They may also minimize excess movement that can wear down tissue.

Dr. Jacono, however, thinks that fillers have an expiration date. “When people start using fillers in their late thirties and early forties, it accelerates the aging process,” he claims. “Fillers expand facial tissue, so as you continue to use them, you have to add more. The face gets looser, which weighs down the face and makes it look wider.”

Not only are people still opting for surgery, but they’re doing it younger than ever. “The average age for a facelift in my practice right now is 47,” Dr. Jacono says. In his opinion, the rise of social media has helped provoke the shift, as it casts a spotlight on appearance. At the same time, there has been an increase in life expectancy, with people living and working longer. This is for the better, as results in younger patients are generally more effective and even longer-lasting.

While injectables can lend themselves to overuse, the most dramatic aspect of the 2020 facelift may be that it is not that dramatic.

Best Deep Plane Facelift Before and After Photos 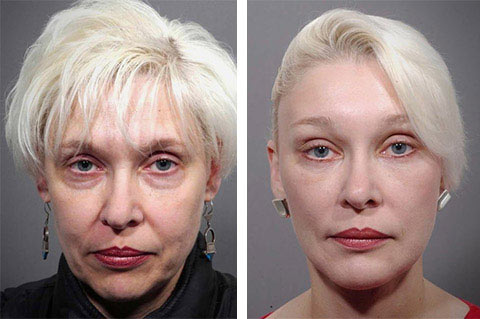 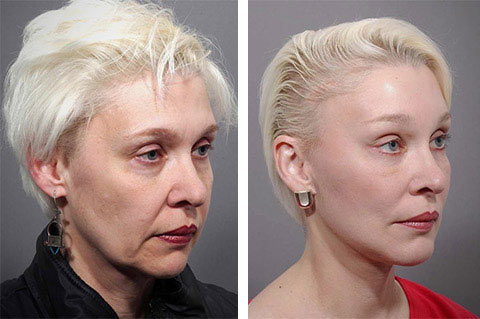 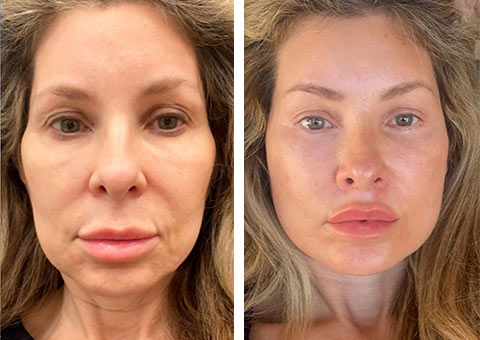 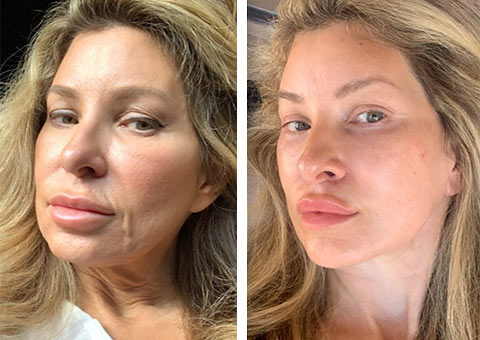 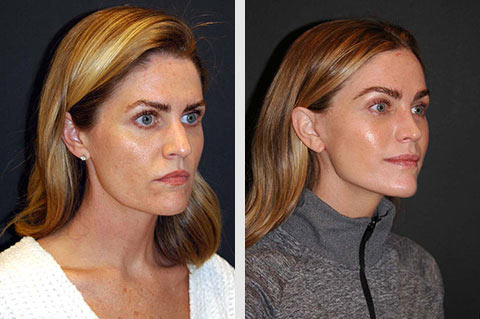 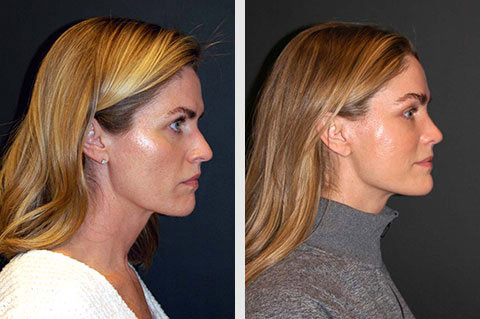 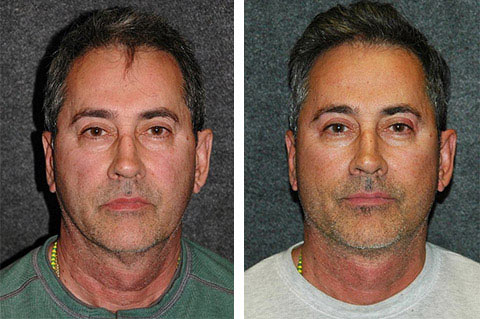 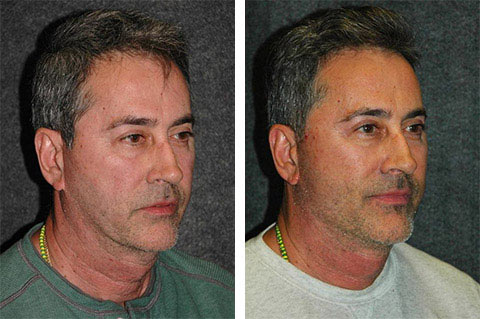 Ready to commit? Here’s who to call: Dr. Andrew Jacono

Doctor Jacono performs Charitable Surgery for Children with Cleft Lip and Palate on Missions to Third World Countries and also on Women who are Victims of Domestic Violence. … END_OF_DOCUMENT_TOKEN_TO_BE_REPLACED