Celebrity Neck Lift Before and After Photos

The demand for neck lift surgeries has increased by over 20%, according to Dr. Andrew Jacono.

New York, NY (August 7, 2013) – Beauty is no longer defined by the face alone. According to Andrew Jacono, MD, FACS, director of the New York Center for Facial Plastic and Laser Surgery, there has been a recent spike in requests for neck lifts, many of which have been inspired by the faces that grace the pages of patients’ favorite glossy magazines. Interestingly, Dr. Jacono has noticed a large number of women citing Salma Hayek as their inspiration, specifically requesting a neckline resembling that of the star.

“While I’ve consistently fielded requests over the years from patients asking for the nose of this celebrity or the cheekbones of that celebrity, the requests for the necklines of celebrities are fairly new,” says Dr. Jacono. “It’s no longer uncommon to get those patients who wake up one morning and suddenly realize that their necks are making them look old. And once it’s caught your eye, you’ll start to survey necks everywhere, including in magazines and on TV.” 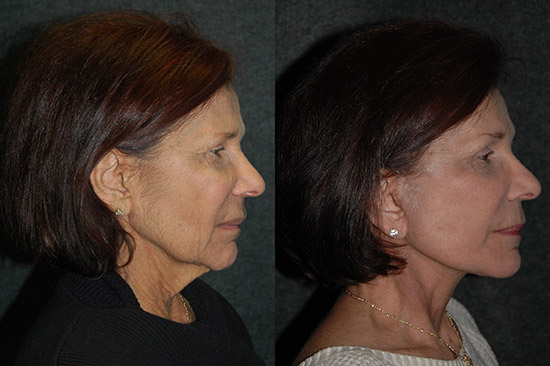 According to Dr. Jacono, Hayek’s neck is a prime example of a desirable neckline due to its lack of wrinkles and creping, the first telltale signs of aging. Combined with strong muscle tone and even coloration and texture that mirror that of the face, the appearance of youth is preserved.

Today’s patient is increasingly realizing the importance of not only a facelift but of a neck lift, as well, in order to present a more youthful appearance. Dr. Jacono has seen a 20 percent increase in neck lift procedures in his New York-based practice in the last year, making neck lifts his most requested procedure behind his MADE facelift for patients in their late 40s and 50s. This trend is in line with the American Academy of Facial Plastic and Reconstructive Surgery’s survey that noted the most common facial cosmetic surgical procedures undergone by women in 2012 were face and neck lifts.

“There are many wonderful non-surgical treatments available now for wrinkle reduction and skin tightening. I have seen a noticeable increase in patients seeking facial fillers, Botox, Fraxel, Sculptra, and the skin-tightening Ulthera treatment in my New York City office, and most patients are highly satisfied with the youthful appearance these procedures restore to their aging skin,” explains Dr. Jacono. He educates patients that while non-surgical treatments are a wonderful alternative to surgery for patients with only subtle signs of aging, they won’t fight neck laxity. In these cases, a neck lift is the only solution for a permanent youthful result. 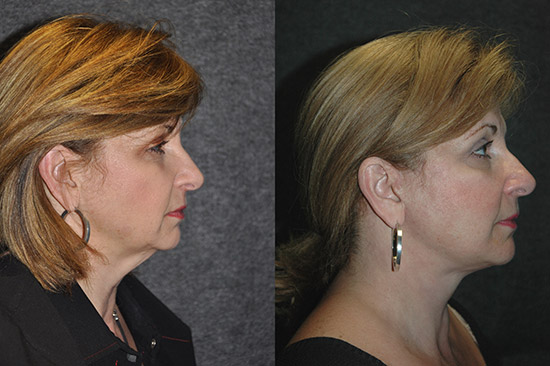 To combat “turkey neck,” Dr. Jacono uses cutting-edge, minimally invasive techniques and technology to create a defined natural jawline with little recovery time. A neck lift requires that the excess neck skin be removed, and the muscles under the neck that support this area be tightened. “By tightening the neck muscles we are rebuilding the beams of the neck so it cannot fall again, and this prevents the tight look that only working on the skin creates,” says Dr. Jacono.

To accomplish this, Dr. Jacono uses hidden incisions behind the ears and endoscopic technology so that the incisions are one-third the length of older neck lift procedures. “Patients always comment that people think they look healthy like they have lost weight, have been exercising or have been on a vacation, but never that they had a neck lift.”

With surgical privileges at six New York area hospitals, as well as an extensive background in Head and Neck Surgery with subspecialty training in Facial Plastic Surgery, Dr. Jacono is renowned among his peers for his innovative surgical techniques and skills. His clinical research has been presented at countless national meetings and symposiums, and he has authored numerous manuscripts and published articles in leading medical journals on a variety of surgical techniques, including minimally invasive endoscopic facial plastic surgery and lip augmentation.

Doctor Jacono performs Charitable Surgery for Children with Cleft Lip and Palate on Missions to Third World Countries and also on Women who are Victims of Domestic Violence. … END_OF_DOCUMENT_TOKEN_TO_BE_REPLACED