“Botched” star Dr. Paul Nassif quietly went under the knife and got a facelift more than a year ago, Page Six can exclusively reveal.

The celebrity plastic surgeon told us he decided to become a patient himself in 2018 after he lost weight and developed excess skin around his neck and jawline. “The excess skin, especially in my neck, was driving me crazy,” Nassif, 57, told us in a new interview.

He clarified that he didn’t get work done to appear more youthful for his second wife, Brittany Pattakos, who is nearly 30 years his junior. The couple tied the knot this fall. “It’s something that I personally wanted to do for myself,” he said. “It doesn’t matter if I am married to someone 105 or Brittany, I would have done it.”

In an exclusive clip from the Season 6 premiere of “Botched,” which airs Monday at 10 p.m. ET on E!, Nassif jokes that co-star Dr. Terry Dubrow‘s constant teasing was a contributing factor.

“Don’t even try to blame your desire to have cosmetic surgery on me,” Dubrow said in response to getting blamed. 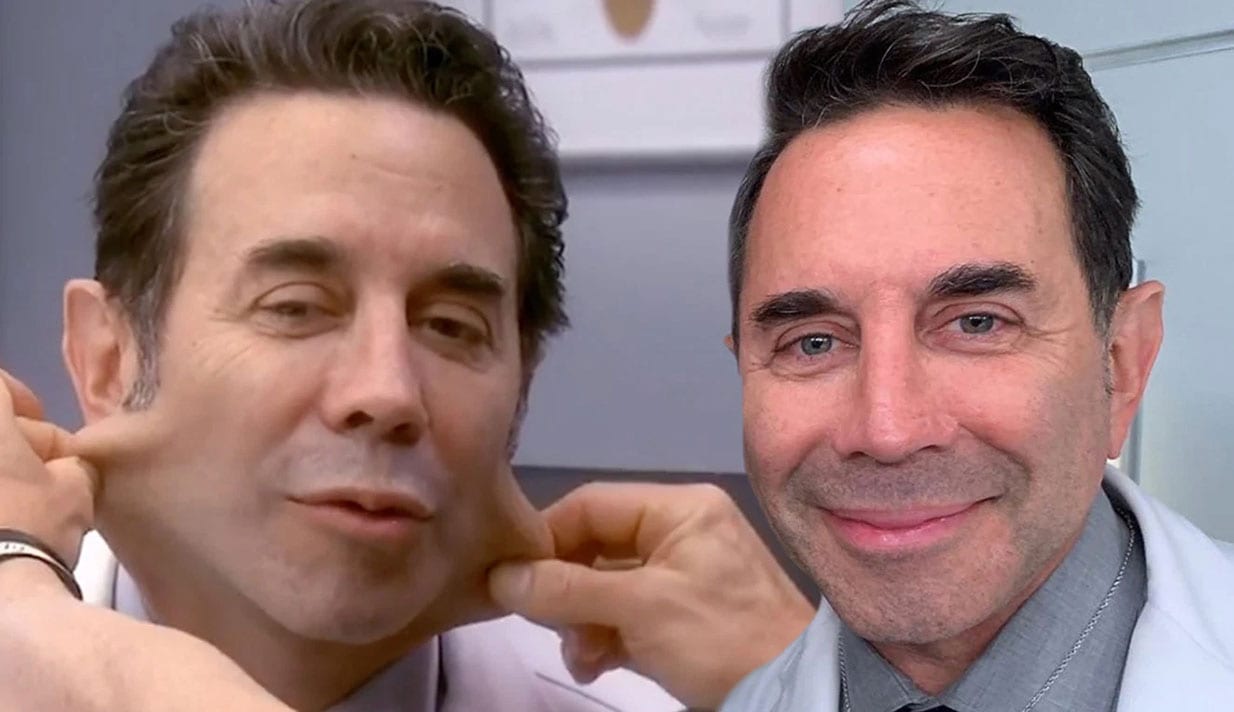 Nassif told us that Dubrow’s jabs had nothing to do with his decision to get work done.

In July of 2018, Nassif, who is based in Los Angeles, flew across the country to see Dr. Andrew Jacono in New York.

Jacono, 49, told us he was “extremely flattered” that Nassif picked him to do the procedure, considering the “Botched” star is so well-connected in the plastic surgery industry.

Jacono has known Nassif for 20 years and is renowned himself. He is best known for a specific kind of facelift called a deep plane facelift, which delivers some of the most natural results possible.

“It’s the kind of facelift that works under the face of the muscles,” Jacono said. “It doesn’t tighten the surface, which is obviously very important for anybody, but especially for a man. If their face looks in any way tight, it makes the face look feminized.”

He continued, “Obviously Paul is a very public figure so for him to have an appearance that in any way looks tight or windswept in any way would be a disaster. The deep plane technique that I do and that I pioneered prevents that problem.”

Jacono charges about $50,000 for a deep plane facelift, but said he always extends a “professional courtesy to friends and family members.”

Nassif’s surgery did not have any complications and the doctor was back to work in Los Angeles within a few days.

During this time, Pattakos was Nassif’s primary caretaker and the reality star admits he “drove her crazy.”

“I wasn’t the best post-op patient, but she did an incredible job,” he said.

Celebrity men opening up about cosmetic procedures is something that appears to be less and less taboo in Hollywood. In the past two years, both Ronnie Ortiz-Magro of “Jersey Shore” and Kanye West admitted to getting some tweaks.

“Most men these days who are successful want to put forward an energetic, youthful appearance, and a droopy-faced jawline doesn’t reflect that,” Jacono said. The author of “The Park Avenue Face” continued, “I definitely think people like Paul speaking out will help reduce the stigmata or concern for the average guy out there because they can see that it looks normal and that it’s possible. People are more apt to do these procedures because they really want to put their best face forward.”

Nassif said of his results, “I love them. When I grabbed my little turkey waddle it’s not there anymore.”

Doctor Jacono performs Charitable Surgery for Children with Cleft Lip and Palate on Missions to Third World Countries and also on Women who are Victims of Domestic Violence. … END_OF_DOCUMENT_TOKEN_TO_BE_REPLACED