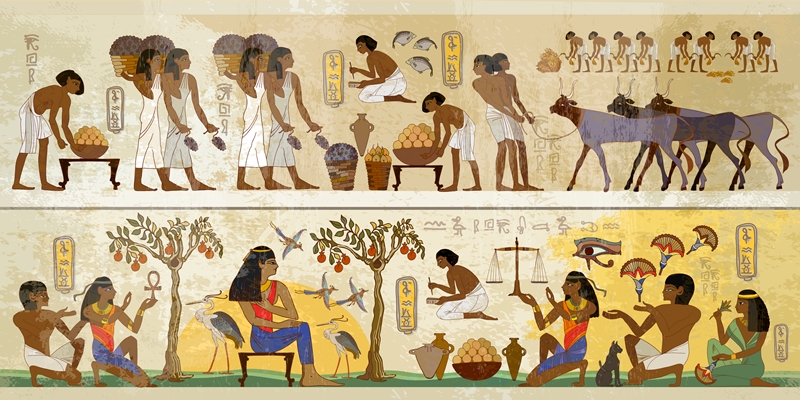 We know that plastic surgery was happening during ancient times, though our records are not as clear as we would like. The first known example comes from ancient Egypt in 1600 BCE, in a script called the Edwin Smith papyrus. This book showed surgery to repair the look of a broken nose.

Later texts from other parts of the world show that skin grafts, in some form, were used in the 8th century BCE, in India. Later, in the 6th century BCE, the Indian physician Sushruta wrote a medical book outlining both plastic surgery and cataract surgery.

We know that Romans worked with plastic surgery, though they struggled because culturally they didn’t dissect bodies and had to work off of much older Greek drawings. But they reconstructed the ears of Roman Legionnaires who were injured in battle.

The first nose reconstruction was recorded in the 1400s CE, done by a surgeon named Antonio Branca. It was recorded by the German Heinrich von Pfolspeundt in the 1460 book “Buch der Bündth-Ertznei.” This was a rather grueling affair in which the skin of the forearm was attached to the nose in a very crude skin graft. The forearm was bound to the face of the patient for 8-10 days, after which the skin flap was cut free.

Plastic Surgery in the Industrial Revolution

The first known nose reconstruction, which actually contained structure, was done in 1814 on a British military officer who had lost his nose to mercury poisoning. The German surgeon wrote the paper “Rhinoplastik”, the word from which rhinoplasty gets its name.

The first cleft palate was corrected in 1827 by an American surgeon named John Peter Mettauer.

Plastic Surgery in the Modern Era

There was a lot of demand for plastic surgery post World War I, as many soldiers returned with facial wounds. Known as the father of modern plastic surgery, Sir Harold Gillies, along with an oral surgeon Hippolyte Morestin created the first facial injury ward at Cambridge Military Hospital. Over 11,000 surgeries were performed on more than 5,000 men.

The next world war drove a similar need for plastic surgery, and Gillies’ cousin, Archibald McIndoe, worked in the Queen Victoria Hospital treating burn victims, including those with severe facial disfigurement.

Cosmetic or elective plastic surgery grew from these innovations in treating wounds. It is estimated that in 2014, nearly 16 million cosmetic surgeries were done in the United States. The most common surgeries are nose reshaping, eyelid surgery, facelifts, liposuction, and breast augmentation.

Doctor Jacono performs Charitable Surgery for Children with Cleft Lip and Palate on Missions to Third World Countries and also on Women who are Victims of Domestic Violence. … END_OF_DOCUMENT_TOKEN_TO_BE_REPLACED