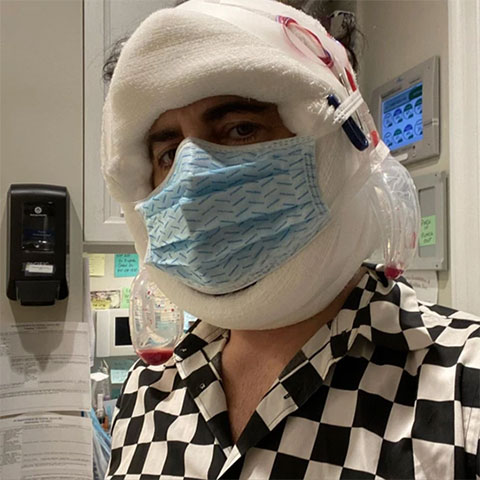 Marc Jacobs posted a selfie following his facelift on Tuesday

Unhappy with the signs of aging, more specifically his lax neck and jowls, iconic fashion designer Marc Jacobs sought to reverse what gravity and aging were doing to his face by undergoing a deep plane facelift with New York top facelift surgeon, Dr. Andrew Jacono. 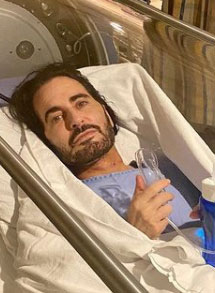 The 58-year-old fashion icon was not bashful about discussing the full experience on social media with his adoring fans who were quick to thank him for his transparency. He posted a selfie of him leaving the office right after the procedure, headdress, and all with a simple message; “Yesterday. @drjacono
#f*ckgravity #livelovelift“

A few days later, he also posted another photo on his IG account while he was about to start his hyperbaric oxygen therapy which enhances the body’s ability to heal and recover by breathing in 100% oxygen at 2 atmospheres of pressure increasing the body’s blood concentration of oxygen. Dr. Jacono performed a study in 2010 that was published in JAMA Facial Plastic Surgery showing how hyperbaric oxygen treatments speed healing and make bruising and swelling resolve more quickly after surgery. Oxygen helps wounds to heal and incision lines to blend away within weeks minimizing any scarring after facelift surgery. 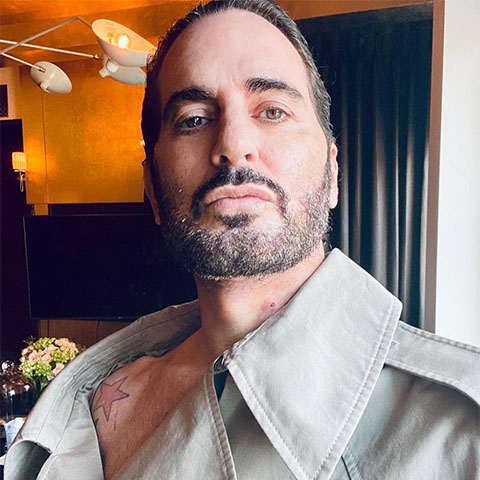 Marc Jacobs 4 days after his deep plane facelift and neck lift
revealing minimal bruising and swelling as a result of
the use of hyperbaric oxygen therapy.

Dr. Jacono is a world-leading facelift surgeon who has pioneered the extended deep plane facelift technique that involves lifting the underlying facial muscles, drooping deep facial fat planes and tightens the supportive facial ligaments that support the face. Similar to repairing an ACL in the knee, the deep facial ligament supports the face and neck so that it does not look tight or stretched. In fact, the ligaments are the zygomatic and masseteric cutaneous ligaments. In the neck, the cervical retaining ligaments are re-supported lifting the platysma muscle in the neck that creates vertical bands and cords in the neck as well as a “turkey neck” with redundant skin and muscle. The deep plane facelift and neck lift do not simply pull the skintight, so the results look natural and not pulled or plastic. “Marc Jacobs looks like himself but with a defined jawline and no neck laxity. I think he looks 15 to 20 years younger.”

Dr. Jacono is a double board-certified facial plastic and reconstructive surgeon who is considered the best facelift surgeon in the field by both his patients and his peers. His Deep Plane Facelift technique allows him to naturally lift the underlying facial muscles and structures to recreate a naturally attractive, heart-shaped mid-face.

Doctor Jacono performs Charitable Surgery for Children with Cleft Lip and Palate on Missions to Third World Countries and also on Women who are Victims of Domestic Violence. … END_OF_DOCUMENT_TOKEN_TO_BE_REPLACED