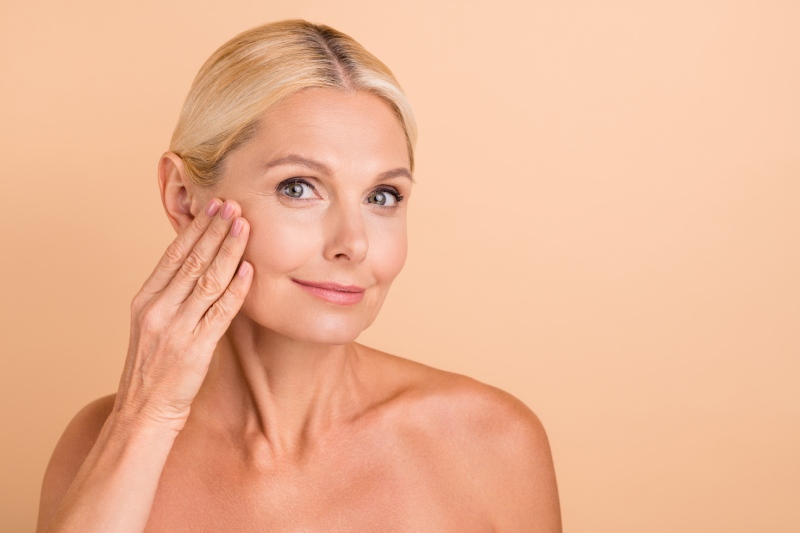 There are many reasons why a person would want a facelift, so there are also many different ways to get a facelift. Facial plastic surgery is an advanced science and art, and Dr. Jacono is one of the most renowned facial plastic surgeons in the world. These are some of the different types of facelifts that he offers.

Note that this is not an exhaustive list, and that not every facelift fits strictly in a single box, as a person may need some aspects of one lift and some aspects of another. Either way, these techniques will help with sagging skin, excess skin, lines and wrinkles, and an improvement to all areas of the face.

The deep plane facelift improves the look of sagging skin in the chin and neck. In this procedure, the surgeon will go under the superficial musculoaponeurotic system (SMAS) to lift up and tighten the muscles in the face. The major areas of focus for a deep plane/SMAS facelift are around the mouth, including the muscles used for smiling and frowning.

The mini facelift is a minimally-invasive surgery that uses very small incisions, mostly hidden under the hairline, which will allow the surgeon to smooth out the skin and remove excess sagging tissue. This is very effective for the cheeks and jowls.

A jawline rejuvenation is a procedure that combats the signs of aging under the jaw, using neck liposuction to remove double and triple chins. The doctor will reshape your jawline to have a smoother and more youthful appearance.

The ponytail facelift technique is called the ponytail facelift because it somewhat imitates the look of having your hair pulled back into a ponytail and all of your forehead and eye skin smooth and tight. It is a minimally invasive procedure that leaves no visible scarring.

In a traditional facelift surgery, the incisions generally begin at the temples near the hairline, then go around the ear. Often, fat is resculpted and redistributed in the face, jowls, and neck. It is known as the “traditional” facelift because it is one of the most common and most universally requested facelift procedures.

This surgical facelift procedure targets the middle of the face. The plastic surgeon removes excess tissue and fat and may redistribute some to uplift the cheekbones. It is primarily intended to eliminate sagging and fine lines and wrinkles.

With the purpose of enhancing the look of the cheekbones, as well as removing wrinkles from the center of the face, the cheek lift is a surgical procedure that gives your face the shape of someone much younger. It removes eye puffiness, and the lines around the nose.

With the intent to remove droopy eyebrows, as well as smooth out wrinkles in the forehead and around the eyes, this procedure is another minimally invasive surgery where a small incision is made along the hairline and the muscles under the skin are stretched upward.

For these and more facelift options, request a consultation.

Doctor Jacono performs Charitable Surgery for Children with Cleft Lip and Palate on Missions to Third World Countries and also on Women who are Victims of Domestic Violence. … END_OF_DOCUMENT_TOKEN_TO_BE_REPLACED